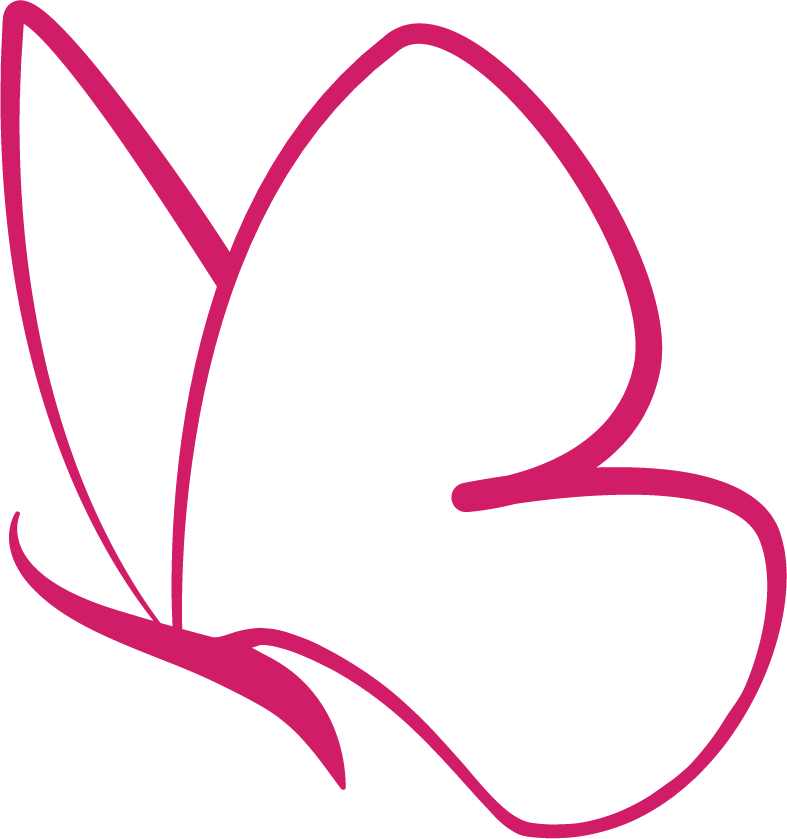 A Journey Of Hope

Olivia (Livy) and her twin sister, Hailey, were born at 37 and a half weeks after a normal pregnancy. Livy had her first seizure only hours after birth. She was later diagnosed with both multi-focal partial epilepsy and cerebral palsy. During the first trimester, Olivia’s brain did not form properly and she has what is termed cortical dysplasia. She has endured many long hospital stays, testing and medications. She is globally delayed but has made many achievements, ones the doctors never thought possible. Olivia is one of the happiest, most inspiring, and amazing little girls. We are so honored that she is part of our family.

Livy has progressed to where she is today because she has has the support from so many of our family and friends. We are so thankful for the numerous forms of help we have received and are blessed to have an amazing network of people following our journey. As Livy grows, her needs become greater and more diverse. Our medical insurance does not always cover her therapies, equipment, and supplies.

If you would like to offer a gift of support to Livy, you can do so on our Go Fund Me page at https://www.gofundme.com/f/Support-Livy. It takes a village to raise a child with critical medical needs. We truly appreciate and are grateful for your support. We hope you continue to follow Livy’s journey so you can see the outcomes of your generosity. 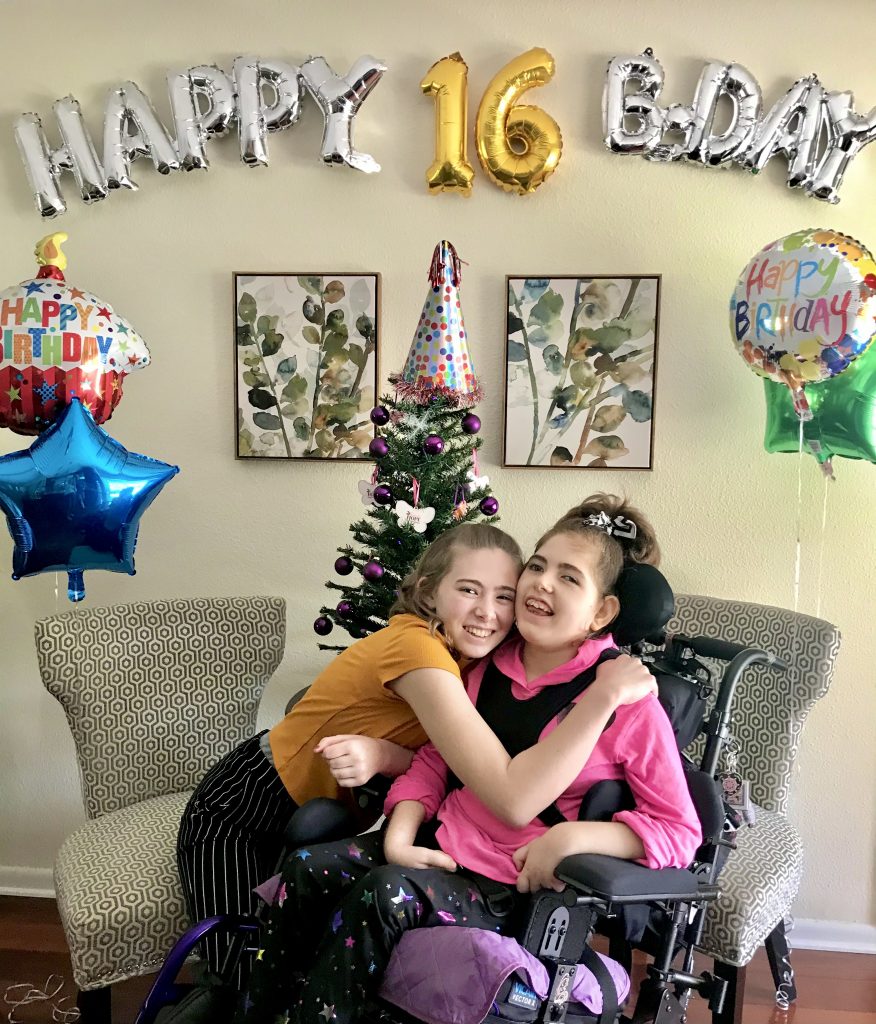 Livy continues to struggle with medical challenges. Her cognitive and physical challenges persist as she ages. But together with her sister Hailey and the rest of her family, she has shown the world what can be done when one does not give up hope. For regular updates, please join us on our social media pages and follow along on our blog. 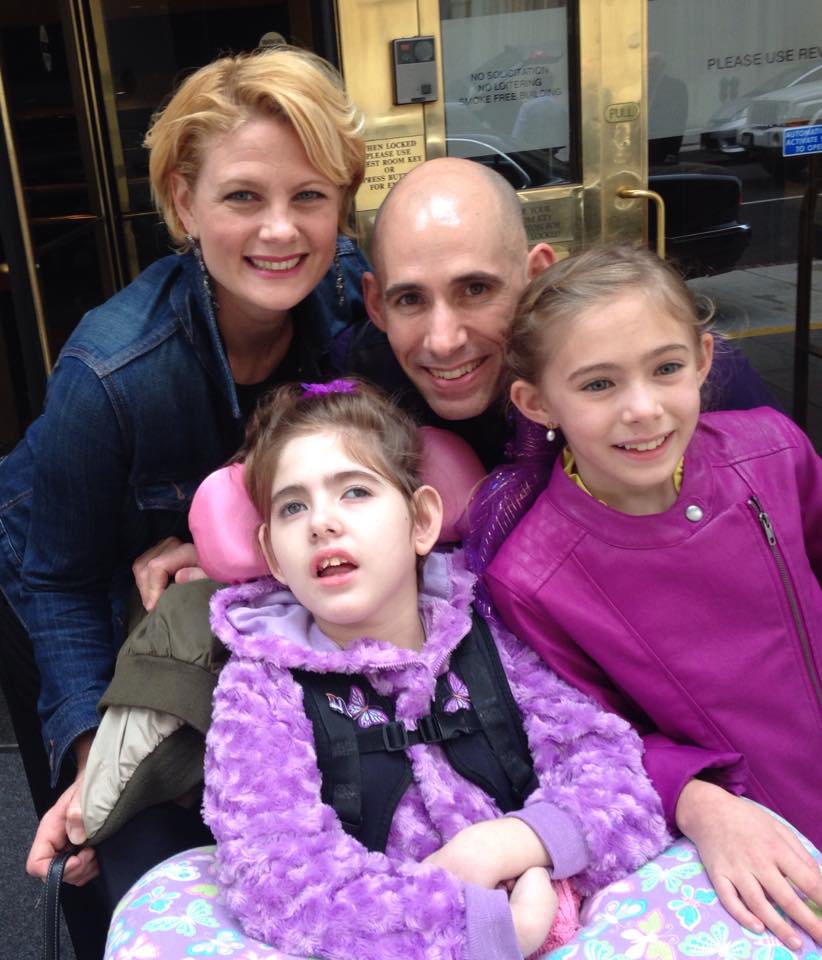 4/11/2015: First time our family left Florida together as a family since 2006. We went to Washington, DC to participate in the National Walk for Epilepsy. Hailey and Livy were named Presidents of the Day of the Foundation and Hailey presented at the opening ceremony the day of the walk.

2/3/2015: Livy’s femur has drifted away from her pelvis which will give some relief to the pain caused by her dislocated hip.

A Year of Pain 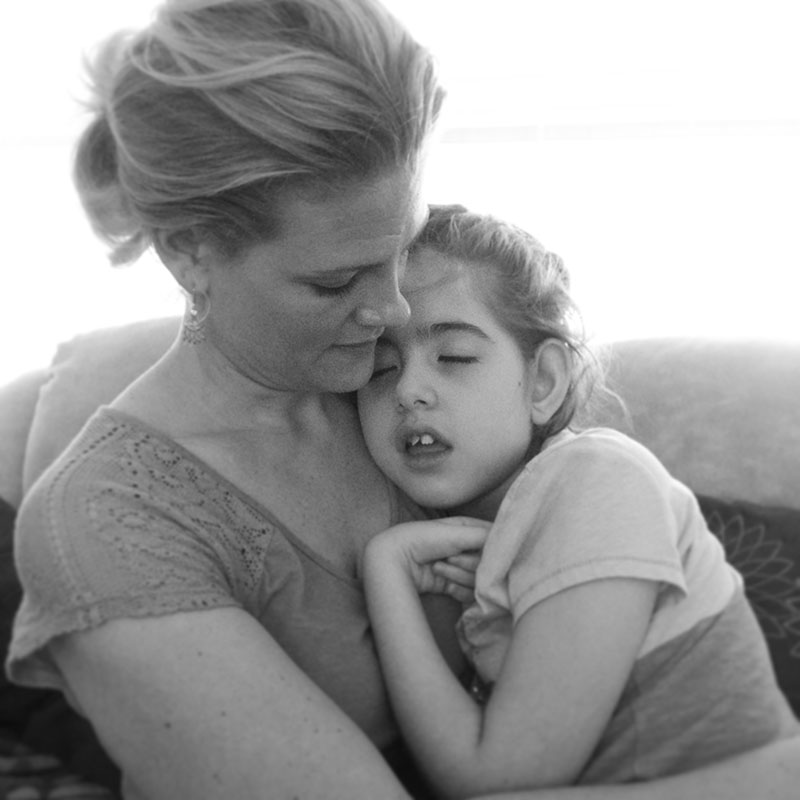 6/9/2014: 1st Round of Botox injections – Some improvement seen and less discomfort

5/15/2014: Appointment with physiatrist – decide to proceed with Botox injections

4/17/2014: Pain increasing in hip – Another visit with orthopedic doctor – suggests seeing a physiatrist

Student of the Month 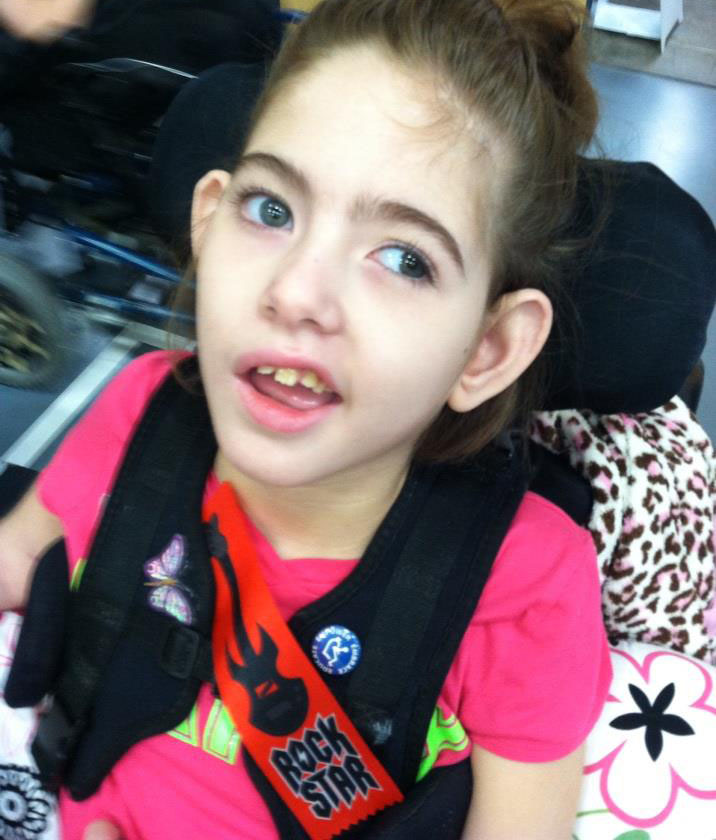 A Dislocated Hip and Broken Heel 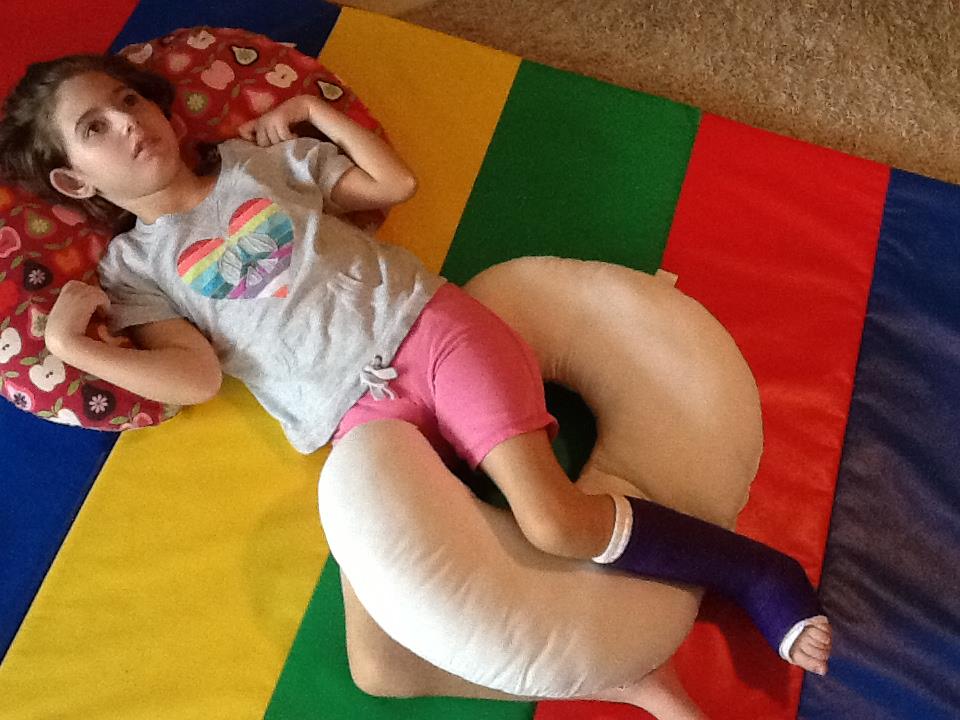 10/26/2012: Admitted to All Children’s Hospital due to increased seizures

3/5/2012: Livy is introduced back to school with additional safety precautions in place and a personal aide 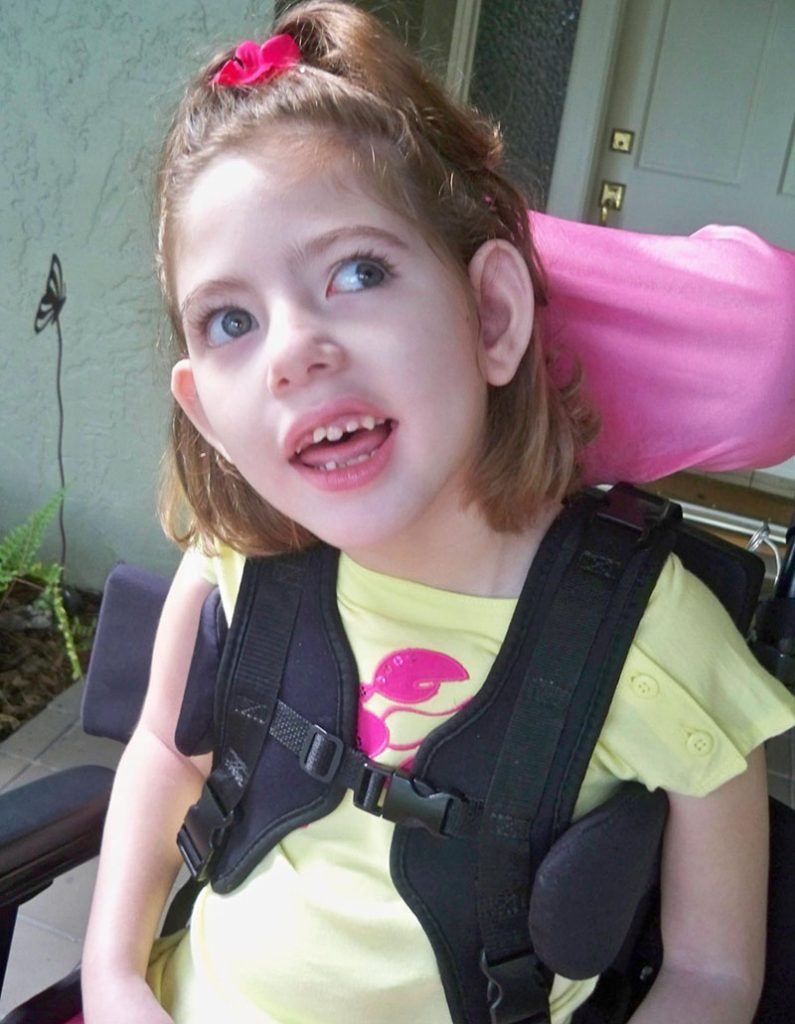 9/13/2011: Supprellin Implant Surgery performed so hormone injections no longer need to be administered 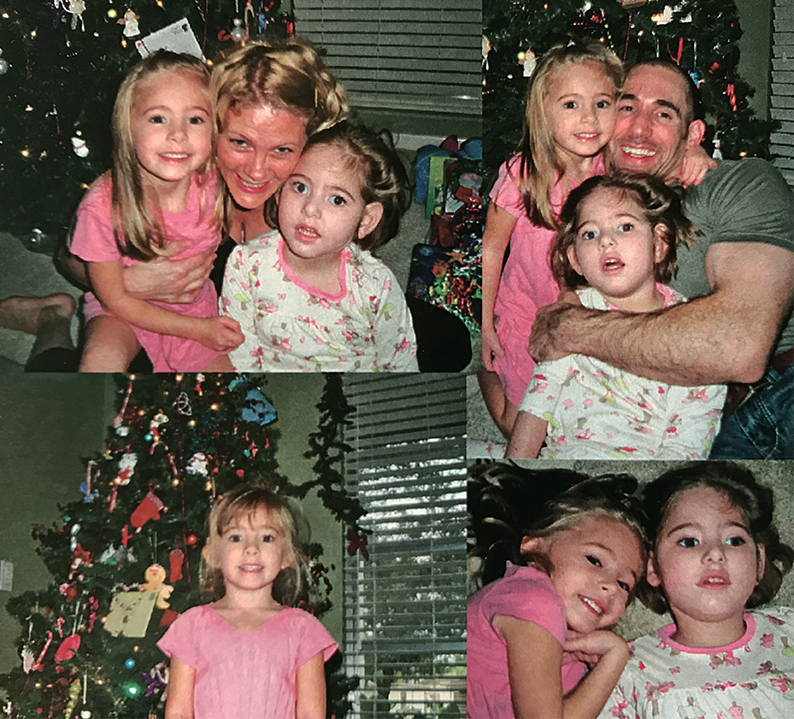 4/7/2010: Seizures return and admitted to All Children’s in St.Pete 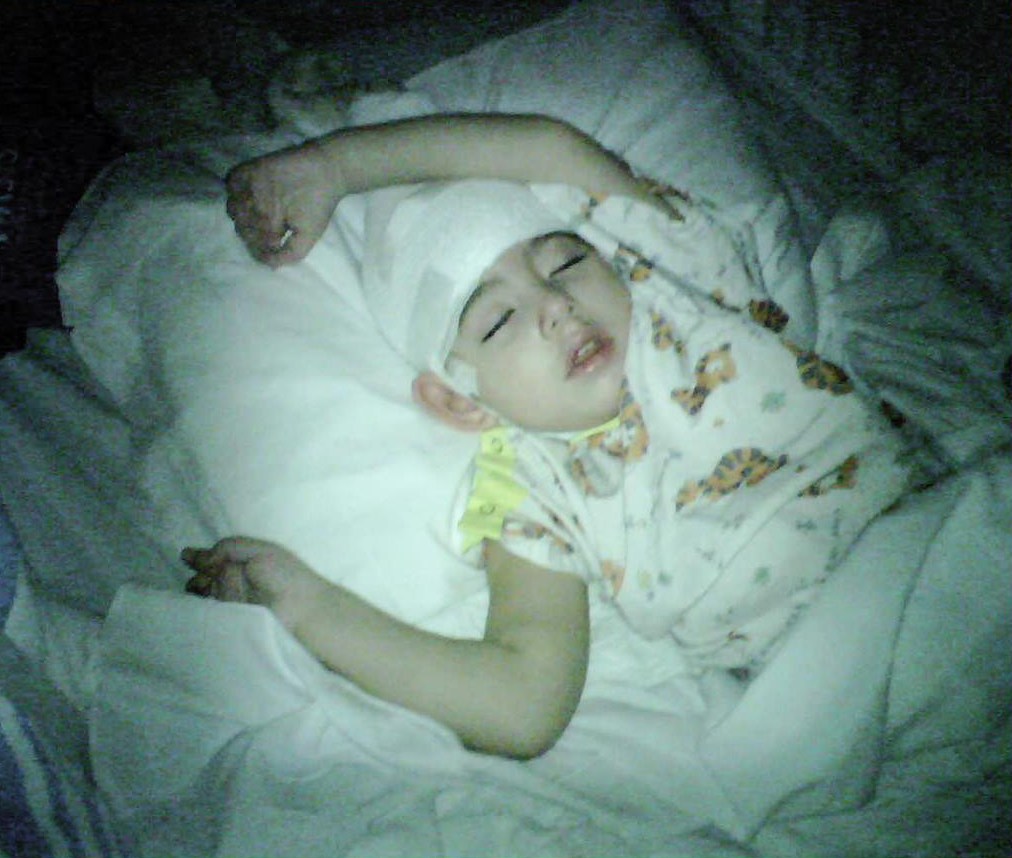 2/13/2009: Left sided functional hemispherectomy is performed (left side of her brain is completely disconnected)

1/19/2009: Readmitted to Shands since seizures were still not controlled and got worse

1/9/2009: Admitted to Shands due to uncontrollable seizure activity

The First Year of School 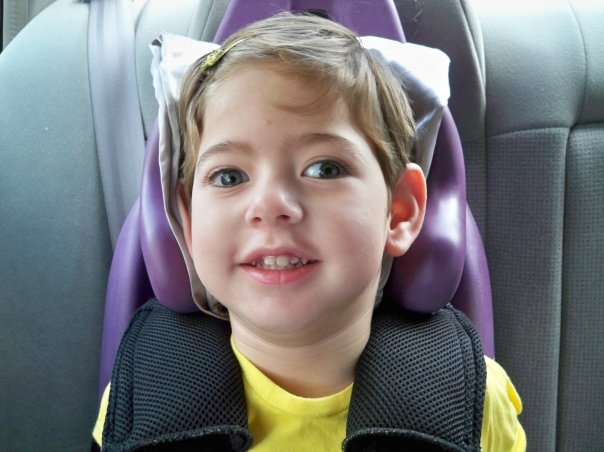 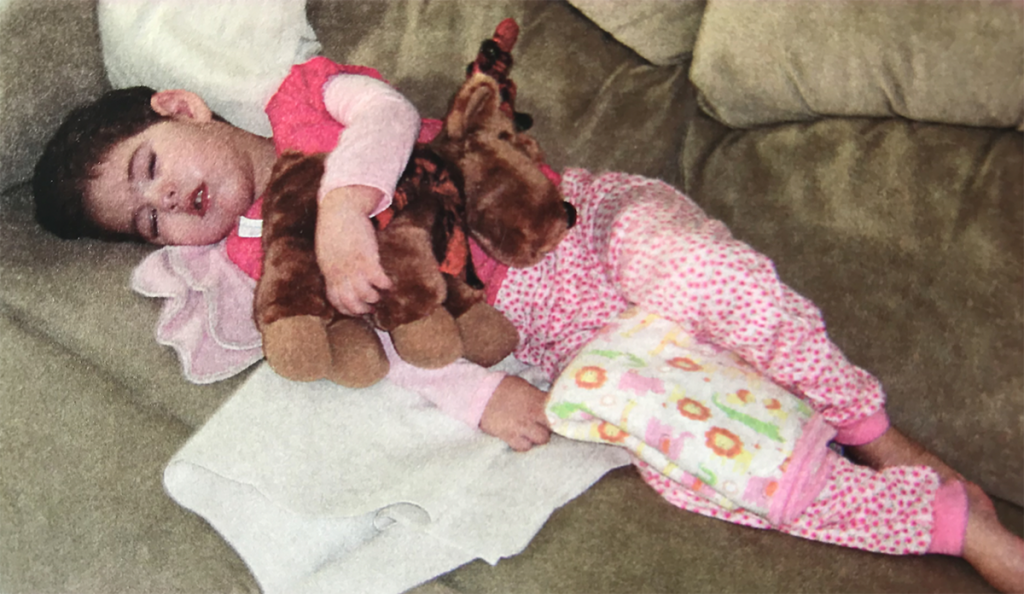 9/26/2007: Admitted into Home Hospice Program for nursing care and follow up 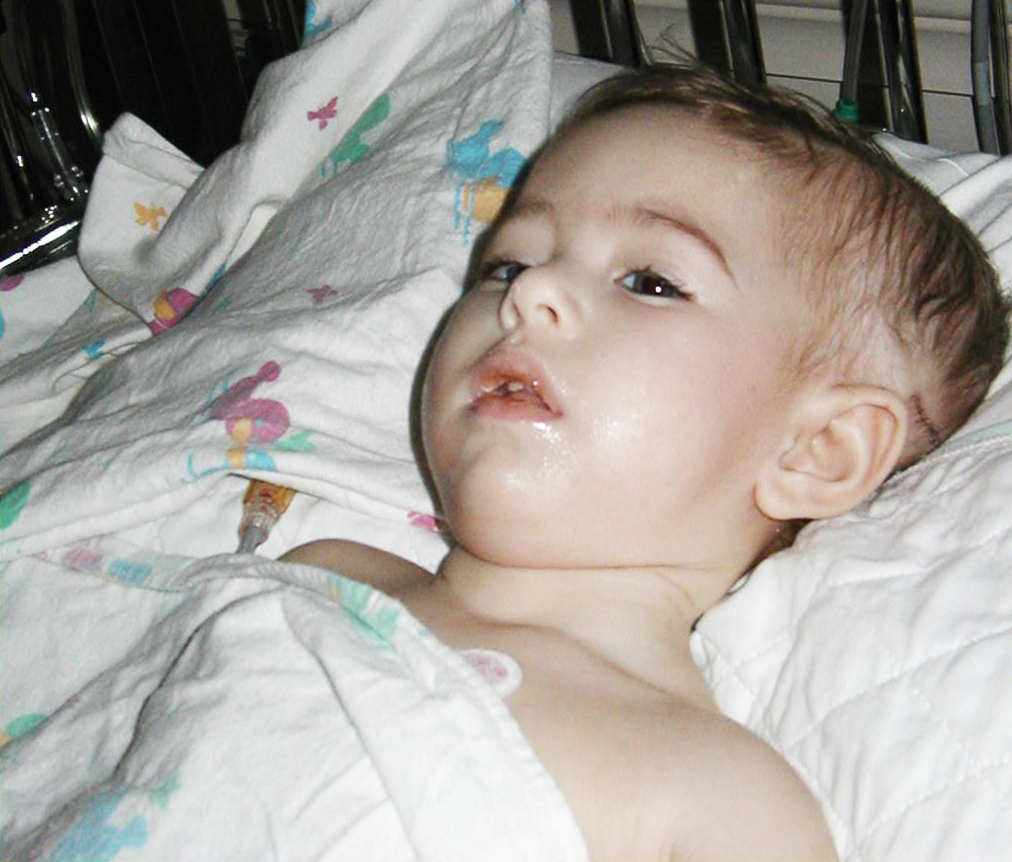 5/5/2006: Follow up EEG shows irritable neurons in both hemispheres and a breech rhythm – expected after skull is opened

3/3/2006: Meeting with Dr. David Pincus to discuss the possibility of brain surgery 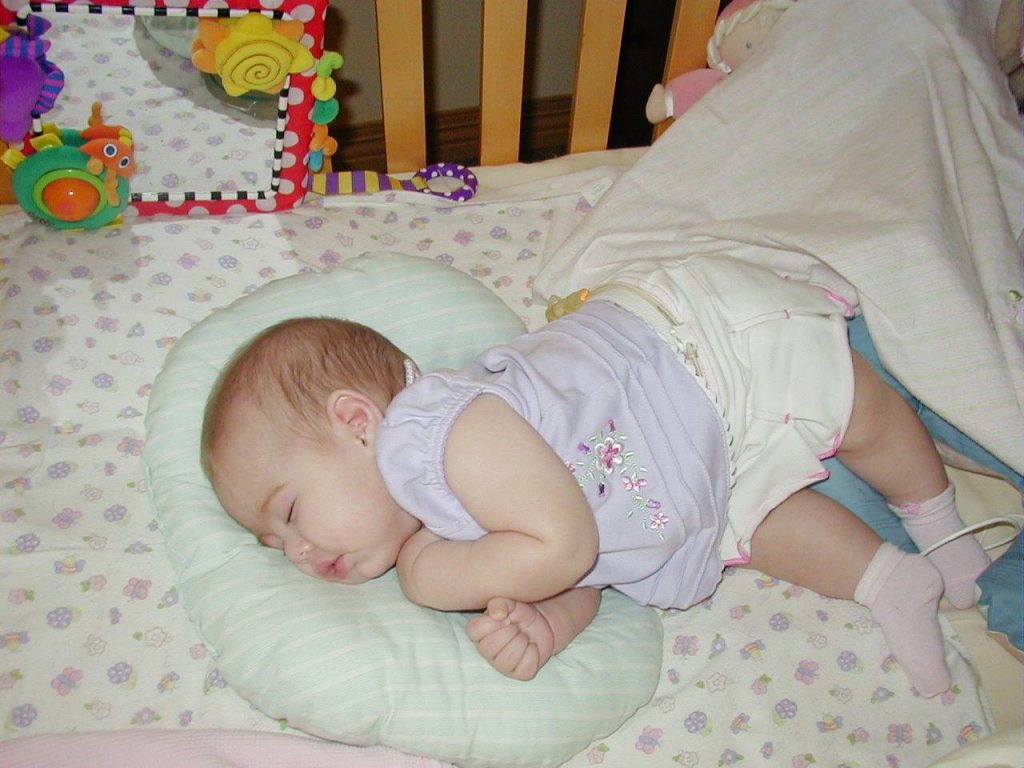 12/8/2005: First Appointment with Dr. Paul Carney, the Director of the Pediatric Comprehensive Epilepsy Program at Shands Hospital at the University of Florida in Gainesville

9/14/2005: Olivia is admitted to Home Hospice Program for nursing and follow-up

7/26/2005: Olivia is admitted back to Hospice for observation

6/26/2005: Olivia is admitted to All Children’s due to low oxygen saturation levels as a result of seizures

5/9/2005: Doctors surgically implant a feeding tube. Olivia is no longer able to eat by mouth due to seizures and heavily sedating seizure medications.

5/6/2005: Olivia and family are flown by a donated private jet flight back to FL and she is readmitted to All Children’s Hospital in St. Petersburg.

2/17/2005 – 5/6/2005: Jon, Allison and Hailey travel back and forth from MA to FL seven times while Olivia is at Boston Children’s. Doctors confirm the Ohtahara Syndrome diagnosis and change medications. They also attempted a series of ACTH (steroid) injections to stop the seizures. We had incredible difficulty arranging a medical flight back to FL through our insurance.

2/27/2005: Olivia is baptized at Boston Children’s in the NICU. Since Livy is doing so poorly, we discuss a DNR (Do Not Resuscitate) with the ethicist.

2/17/2005: Olivia is admitted to Boston Children’s after increased seizures that we were not able to control with emergency medications

2/14/2005: Meet with Dr. Blaise Bourgeois, Director for the Division of Epilepsy and Clinical Neurophysiology

2/2/2005: Olivia comes back home on Phenobarbital for seizures. Doctors are not sure what is causing them.

1/7/2005: Olivia is admitted back to the NICU for increased seizure activity called infantile spasms 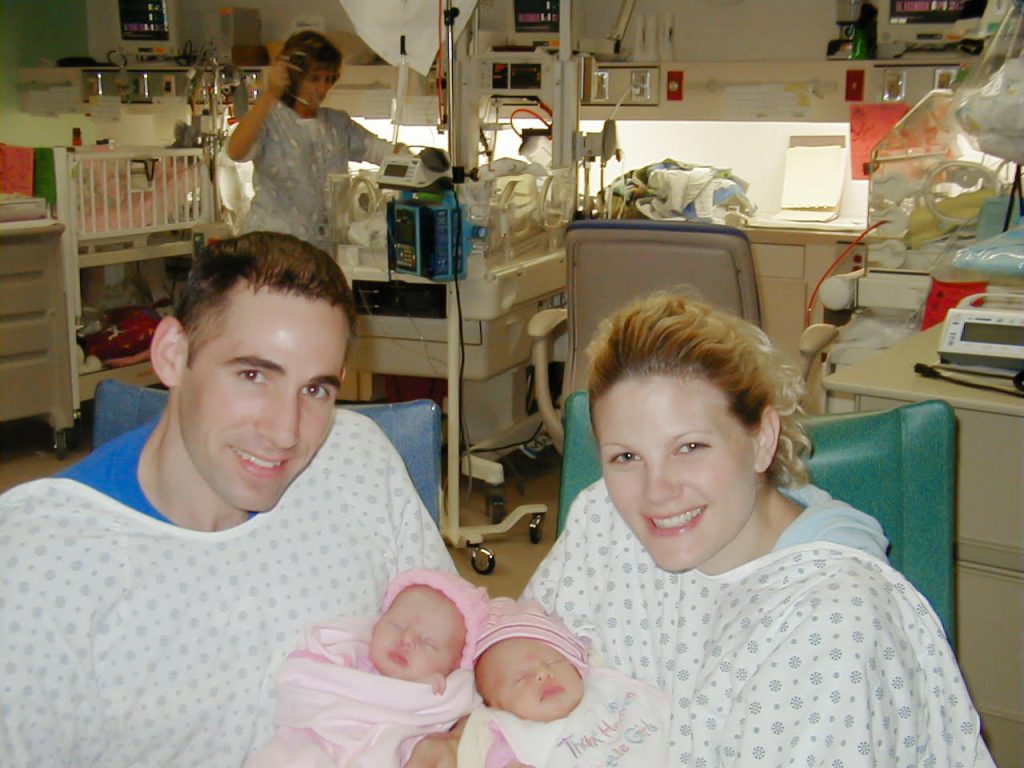 12/15/2004: Hailey is born at 5:22am and Livy is born at 6:38am. Pediatrician notices that Olivia is having unusual eye movements and admits her to the NICU at All Children’s in St. Petersburg, FL for possible seizure activity.

10/2004 through 12/2004: Multiple ultrasounds performed and Livy’s ventricles were decreasing in size each time

8/30/2004: Abnormal size of Livy’s ventricles seen on ultrasound. We were given a wide range of possible outcomes from nothing wrong to severe disabilities. 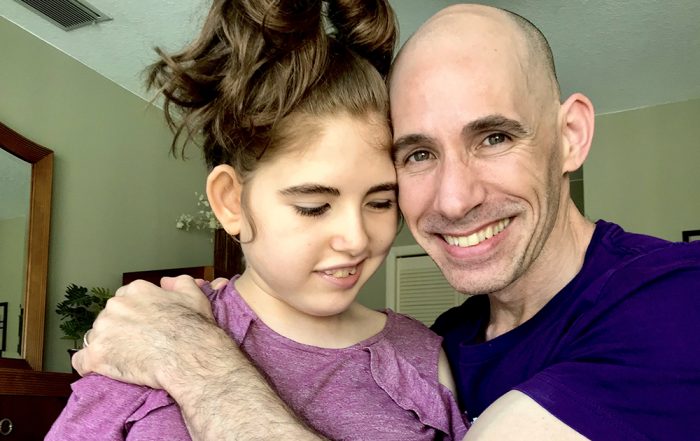 Epilepsy Is More Than Bullet Points On A Page

Today is Purple Day otherwise known as Epilepsy Awareness Day. It is a global effort to increase awareness of epilepsy ...
Read More
March 26, 2021 / Life With Livy 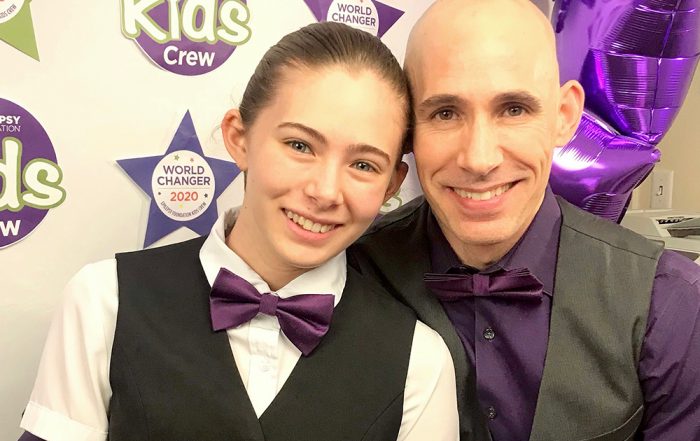 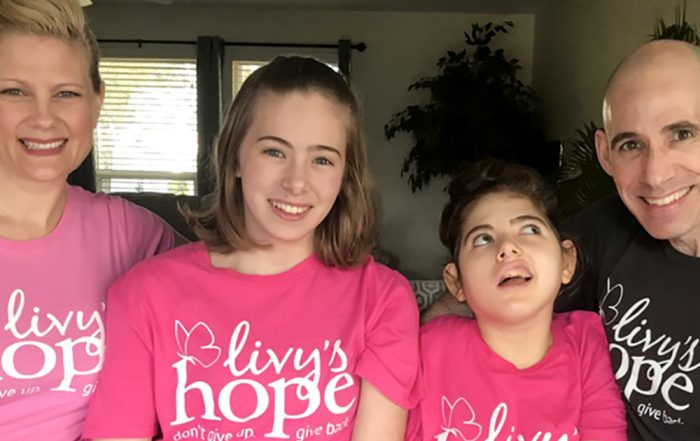 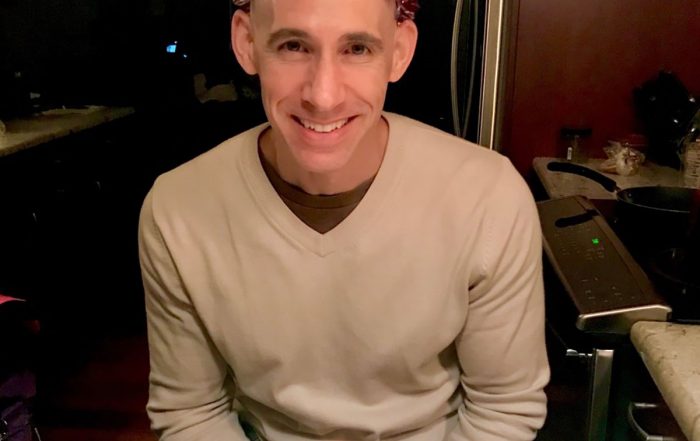 For years now, when family asks what I would like for my birthday, I don't have an easy answer because ...
Read More
January 24, 2020 / Life With Livy 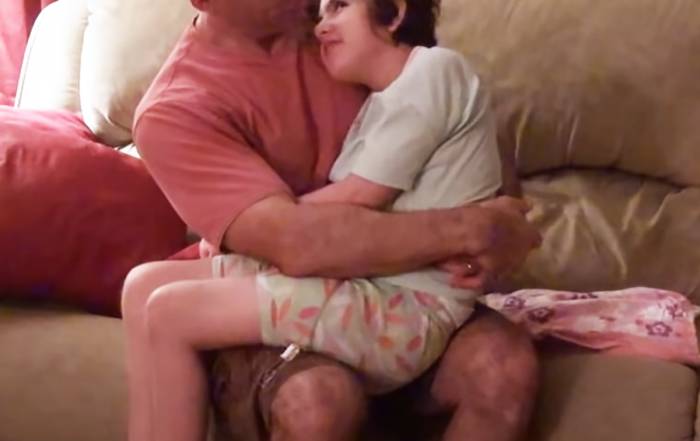 A Father’s Journey of Hope

Fatherhood has been both the most rewarding and most difficult experience of my life. I expect that many parents who ...
Read More
June 23, 2017 / Life With Livy 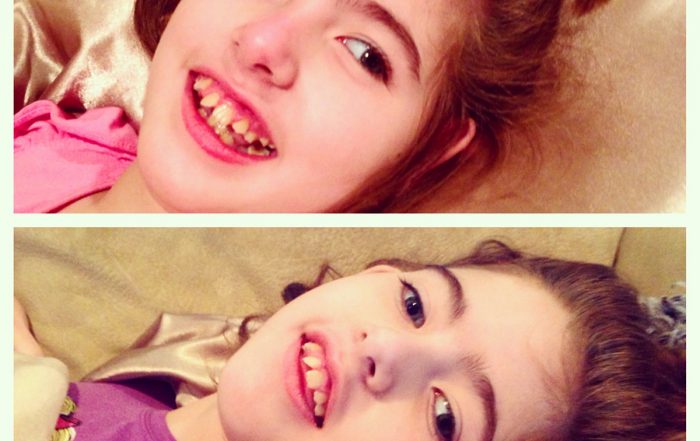 Epilepsy, I Am Tired Of You

The other morning, I was reminded all too well just how unpredictable epilepsy can be. Livy began having seizures at ...
Read More
July 24, 2015 / Life With Livy
Read More About Life With Livy 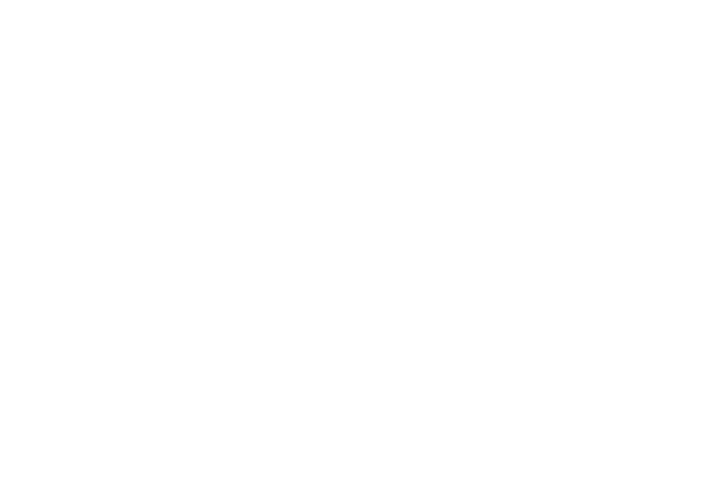